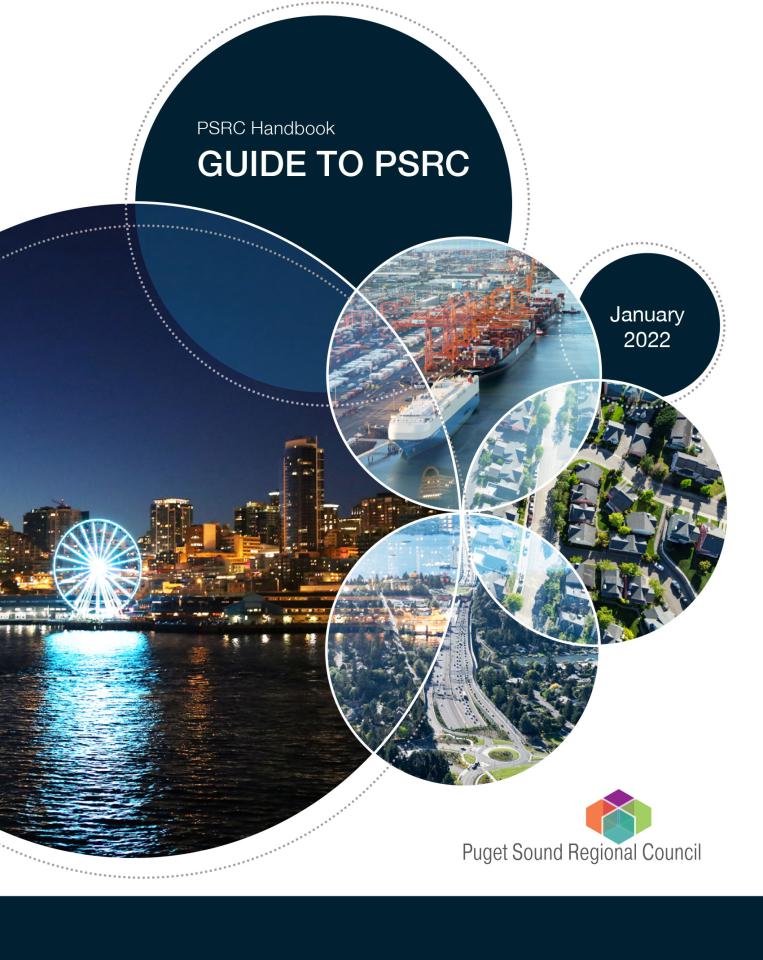 PSRC is formed through an interlocal agreement and designated by the Governor of Washington State as the region's Metropolitan Planning Organization.

PSRC is governed by the General Assembly. The General Assembly is composed of the elected leaders of PSRC's membership, and meets annually to vote on major decisions, establish the budget, and elect new officers.

The Operations Committee is composed of Executive Board members and chaired by PSRC’s vice president. The committee reviews and makes recommendations to the Executive Board on the budget and work program, and on contracts and other financial and personnel issues.

PSRC is also the region’s Economic Development District (EDD). The EDD is governed by a board composed of public and private members that coordinate regional economic development planning.

In addition to its boards, PSRC has created a number of committees to engage stakeholders and ensure full participation from local governments, agencies, and users of the various components of the transportation system. PSRC seeks input from committees to provide ideas on ways to address regional challenges, to research and resolve technical issues, and to review and recommend major transportation projects for funding.